Christopher Columbus was a Genoese navigator and explorer whose voyages across the Atlantic Ocean, funded by Queen Isabella of Spain, led to the discovery of the American continents by Europe.

Columbus underestimated the circumference of the Earth. He thought that a westward route from Iberia to the Indies would be shorter and more direct than the overland trade route through Arabia. This would allow Spain entry into the lucrative spice trade at that time commanded by the Arabs and Italians.

Following his plotted course, he instead landed in 1492 in the Bahamas Archipelago. Mistaking the North-American island for the East-Asian mainland, he referred to its inhabitants as "Indios". 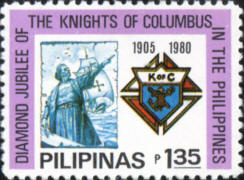